The summer solstice is the longest day of the year, with well over 15 hours of daylight in New York City.

While some places receive just a few short hours of darkness, in others the sun will not set at all, a phenomenon which only occurs in the most northern points of the planet.

Many of us already rely on a large mug of coffee (or three) to power through a normal day, but what about the longest day?

To honour summer solstice and keep America running on the longest day of the year, Dunkin’ Donuts chose the 21st June to launch a new canned drink called Dunkin’ Shot in the Dark. Described as ‘the human charger’, the new beverage is a cool blend of coffee and espresso available in three flavours. 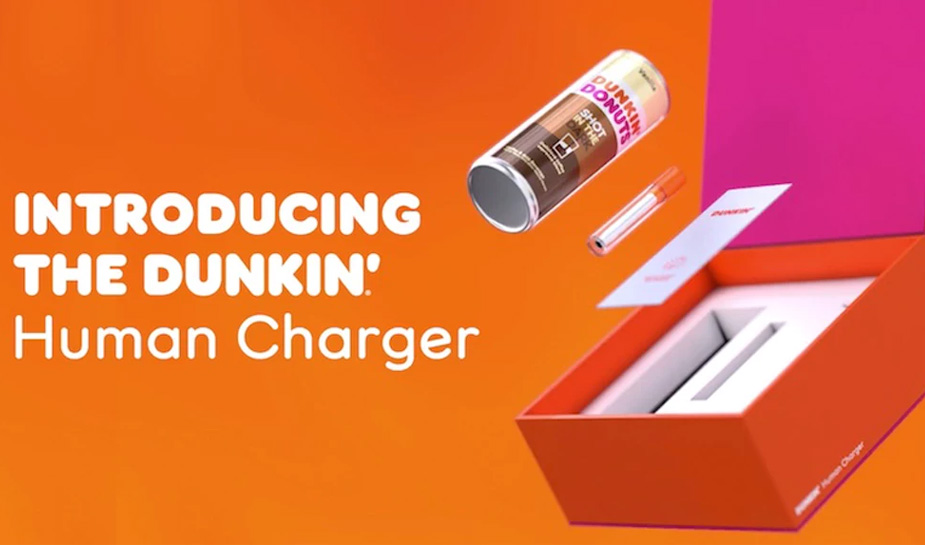 Creating a buzz around the launch, the brand produced special Dunkin’ Human Charger kits which featured a unique human charging accessory (a reusable straw) and a user manual with fun, tongue-in-cheek suggestions of how to power up on the longest day of the year.

Presented more like a tech launch than a beverage promotion, the Dunkin’ Human Charger was distributed for free from a dedicated pop-up in New York. The interior had a sleek and minimalist style reminiscent of an Apple store and the space was heavily branded with cans of Dunkin’ Shot In The Dark, lining the walls and Dunkin’ Human Chargers placed on tables for guests to look at.

Even the promotional video mimics the style of a new tech product!

Free samples of the drink drew in the crowds, while those further afield could request a sample through their Google Assistant or Alexa with the sentence “Send me a sample for Dunkin’ Shot in the Dark.” Much to their delight a full-sized can of coffee would arrive in the post just a few days later. Simple.

The activation lasted for just one day, with the double-whammy of the pop-up and digital assistant helping the brand to engage with consumers and drive trial in a new, exciting and highly-memorable way. 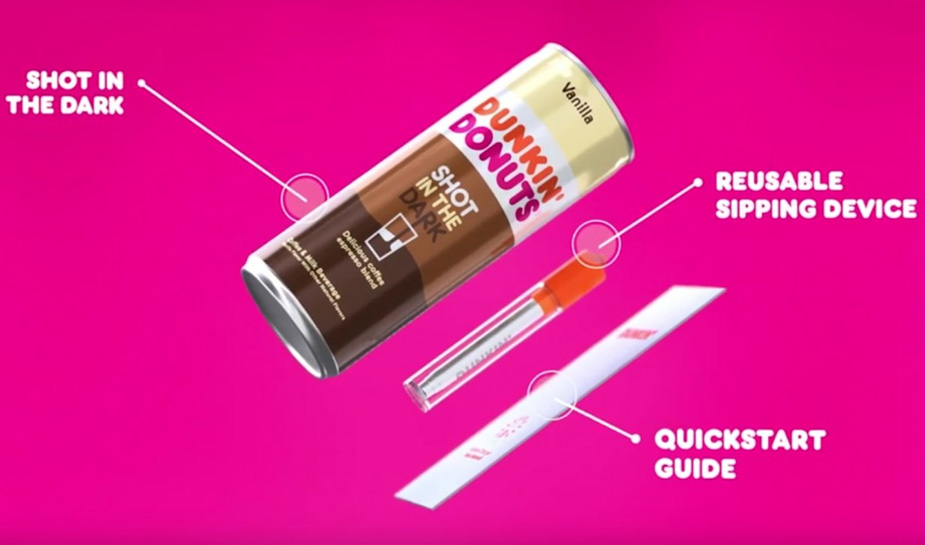 Dunkin Donuts is mostly famous for making, well, donuts (clue’s in the name), and so the campaign had to have a big impact and leave a lasting impression on consumers, which we think has certainly been achieved!

Pop-ups are a great way to build intrigue and interest around a brand. Previously, Black Mirror created a pop-up to generate interest in Bandersnatch, and New Balance’s Runaway Pub got people into running for pints.