A simple yet hard-hitting experiential campaign has highlighted the plight of the homeless in Sweden.

The Folkoperan opera house in Stockholm is currently hosting a spring show called ‘God Disguised’. Centered around ancient Greek mythology, in which the god Apollo was forced to wander the earth disguised as an ordinary mortal, Folkoperan’s show is all about trying to see the human behind the external form. 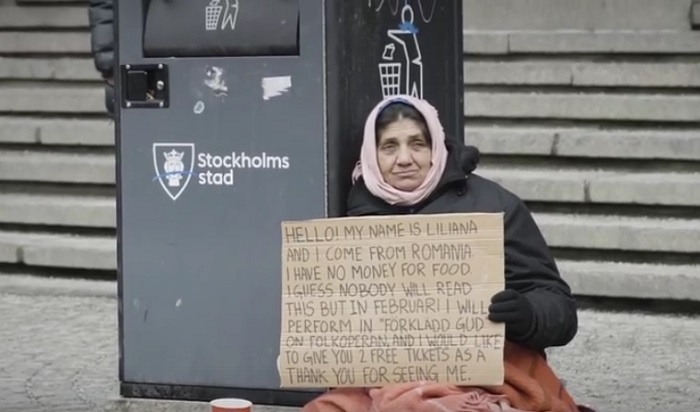 To get people talking about the new production, and to demonstrate how so many of the world’s homeless are overlooked and ignored by the general public – consumed by the stresses of their own daily lives and concerns – Folkoperan delivered a simple stunt to see just how long it would take for someone to open their eyes and pay attention to the struggles of another.

Ahead of performing in the production, a number of homeless people took to ten different street locations throughout the Swedish capital, armed with homemade signs explaining their situation.

But that wasn’t the half of it. Anyone that stopped and read the full sign would receive two tickets to the forthcoming show, absolutely free. 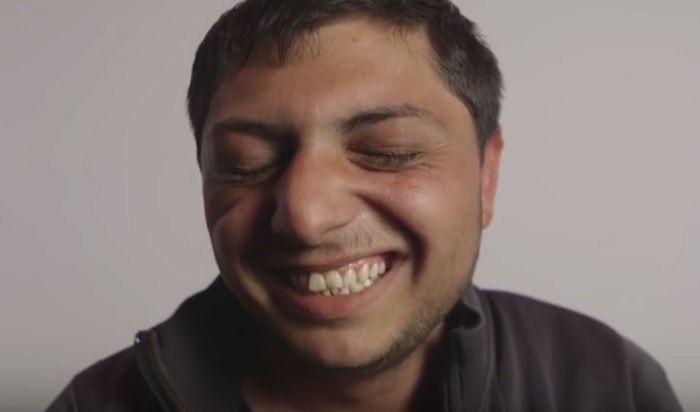 With the show’s performers dotted around some of Stockholm’s busiest locations, including outside subway stations and grocery stores, it seemed like the offer of free tickets would be hard to overlook.

Yet, sadly, thousands of passers-by ignored the messages on offer. It ultimately took a whopping 12 hours before an individual stopped and accepted free tickets to the show.

Aesop is famously credited with remarking that “no act of kindness, no matter how small, is ever wasted.” In today’s world, it’s all too easy to overlook the needs of others and turn our focus inwards. But giving back has never mattered more than it does right now.

Face-to-face experiential campaigns can provide the perfect platform to directly impact audiences and make a lasting impression, and we love to see brands that tap into human nature at its very best. Folkoperan’s latest campaign takes us back to this pop-up fashion store in Cape Town that became a viral sensation.

If you’re inspired by these campaigns’ ethos, take a moment to read about the new ADD positivity crowd-funding initiative that we’re firmly behind. Join with us today and together we can make a difference in this world.