Taking a quick ‘selfie’ has become a normal part of both our personal lives and social media feeds. It’s so simple. Even monkeys have mastered it!

Added to the Oxford Dictionary in 2013 and soon after winning the ‘word of the year’, the term selfie has become well-versed. Research estimates that the average person will now take a whopping 25,000 selfies in their lifetime.

From the Pope taking a selfie at the Vatican to President Obama posing for one during Nelson Mandela’s funeral; the selfie has documented some iconic moments in history.

Samsung were the masters behind that Ellen DeGeneres Oscar selfie, which secured over three million retweets. Now the tech brand is back with a stunt to establish the company as pioneers in a selfie generation.

To launch its latest Galaxy mobile range, Samsung unveiled the world’s first selfie sent to space. In an unprecedented move, the brand sent the new Galaxy S10 5G into the upper atmosphere on board a super-pressure high-altitude balloon. 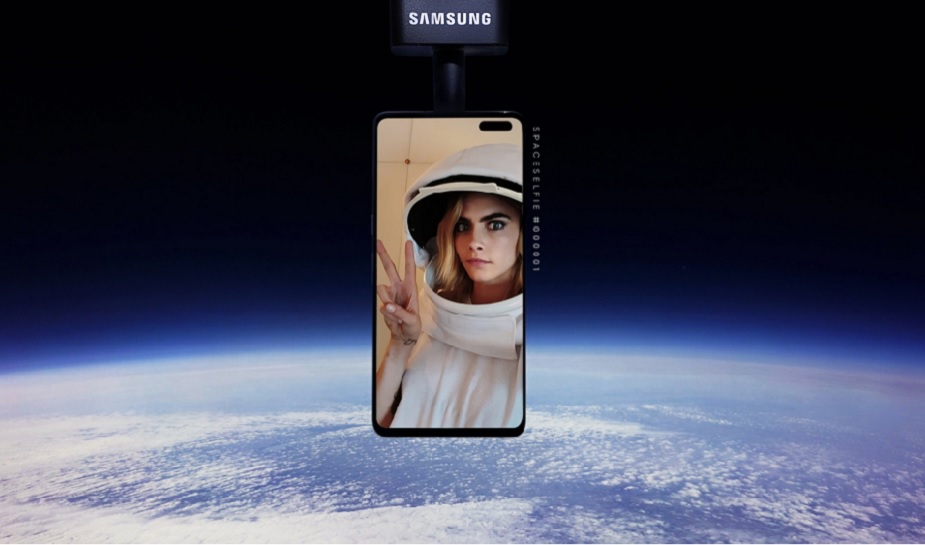 The orbiting phone was designed to stay in place to receive selfies transmitted by people 64,900ft below via Instagram, giving delighted consumers the chance to get their face in space.

Even the stars got in on the action. The first Samsung space selfie was captured by actor, model and earth star, Cara Delevingne.

To ensure the campaign was equally as star-studded on solid ground, Samsung hosted an influencer-driven event at their newly opened Samsung KX experience space, with an A-List guest who once again captured a signature group selfie.

The campaign was amplified on social media using #SpaceSelfie where impressed selfie lovers could share the picture of their faces on a Samsung Galaxy in space.

Samsung’s new chief marketing officer Benjamin Braun, said: “Our relentless pioneering spirit continues to show that amazing things happen on Samsung screens – even from the stratosphere. Our ethos is Do What You Can’t, and the Samsung SpaceSelfie is just that.” 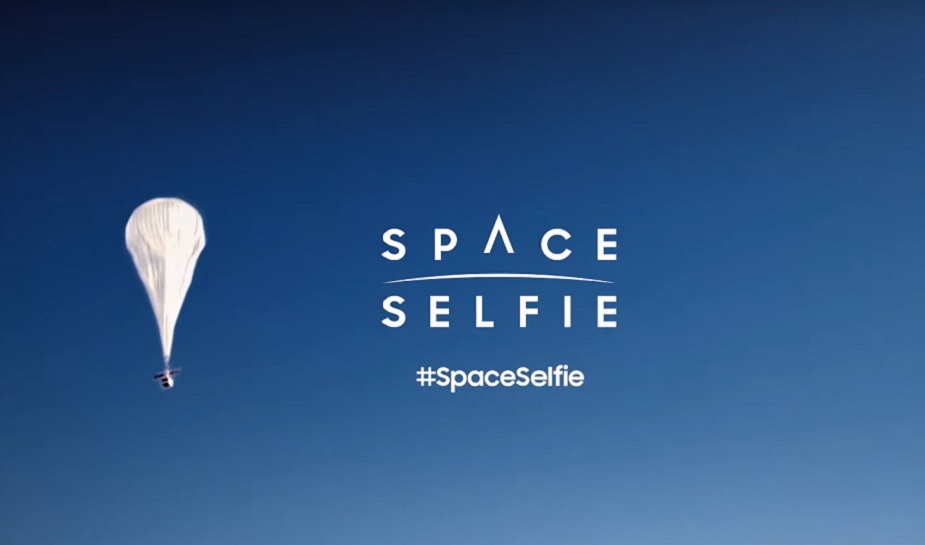 The SpaceSelfie balloon came back down to earth on the following Saturday, surprising a Michigan resident who discovered a large unidentifiable object in her backyard. Samsung since claimed that it was a “planned descent”, due to weather conditions resulting in an “early soft landing in a selected rural area”.