It’s becoming increasingly hard to make new friends face-to-face, thanks to the sad reality that many of us spend much of our days with our heads engrossed in the screens of our trusty smartphone.

While apps and social networks can help to trigger new relationships, there’s really nothing quite like sparking up a conversation with a total stranger in public. 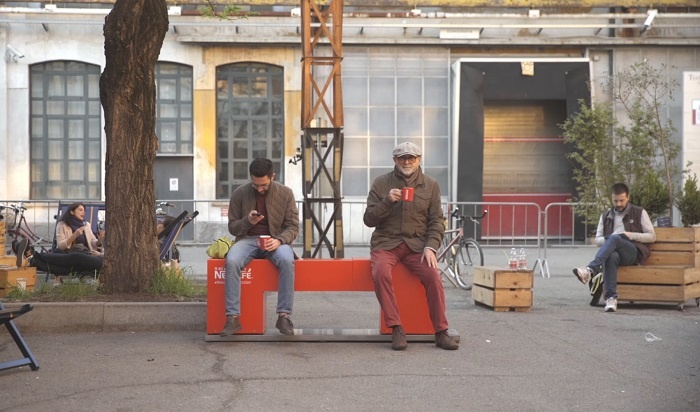 Nescafé Italia wanted to change this, and to also promote the positive role that sharing a hot cup of coffee can play when making new acquaintances. To accomplish both goals, the brand created the ‘Hello Bench.’

The bright red, branded bench was placed next to a Nescafé coffee stand in the middle of a busy square during Milano Design Week. 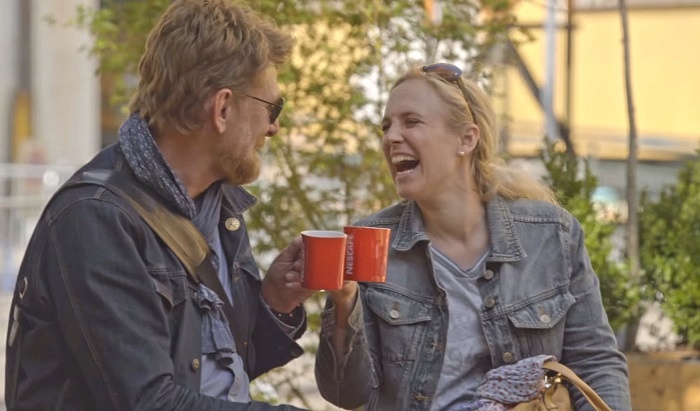 However, despite what unsuspecting passers-by initially thought, it wasn’t just an ordinary bench. Sensors were cleverly placed inside of it, meaning it shrunk in size in response to two people sitting on it.

While people were very confused at first, the amusing stunt soon resulted in total strangers interacting, laughing, and making friends with one another – quite an unusual scene in today’s day and age.

This creative stunt not only saw participants interacting with each other, but it also got them engaging with the brand. In doing so, Nescafé seamlessly positioned itself as a brand that cares about its audience’s happiness, as highlighted by its fitting hashtag #ItAllStartsWithANescafé.

This isn’t the first-time Nescafé have used a creative experiential marketing campaign to bring its customers together. Take a look at when it united neighbors in Milan, or when it encouraged people in Berlin to help each other cross the road.