Surprise and delight lies at the absolute heart of experiential marketing excellence. It always has, and it always will.

And any brand that takes an unexpected, creative approach to rewarding fans is likely to reap the rewards.

Fast food chain KFC is the latest brand to garner huge worldwide attention after it responded to a fan’s amusing detective work with the most unexpected, and strangest, of gifts.

The social media spotlight shone brightly on KFC after a US Twitter user, Mike Edgette, pointed out a quirky fact about the brand’s official Twitter account: 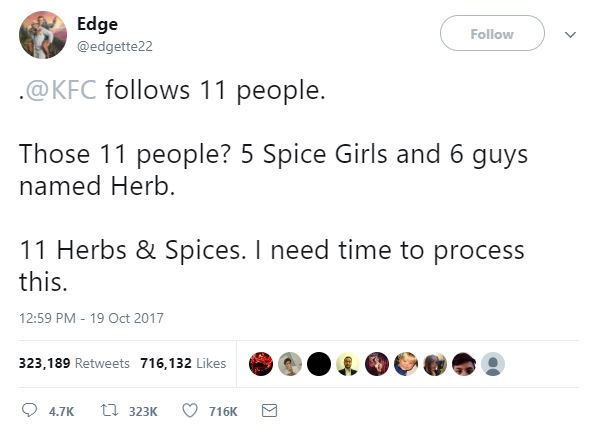 The eagle-eyed observation quickly went viral, swiftly expanding beyond Edgette’s small network of, at the time, just 90 followers to amass well in excess of 300,000 retweets and 700,000 likes, and still counting. Wow.

But that was only the beginning.

The Twitter sleuth work led to KFC first responding with thanks to Mike, and shortly thereafter sending him a very unusual reward in the post – a framed, custom painting of Edgette receiving a piggyback from Colonel Sanders, set against a backdrop of a beautiful forest landscape.

Weird or wonderful? We’ll let you be the judge. 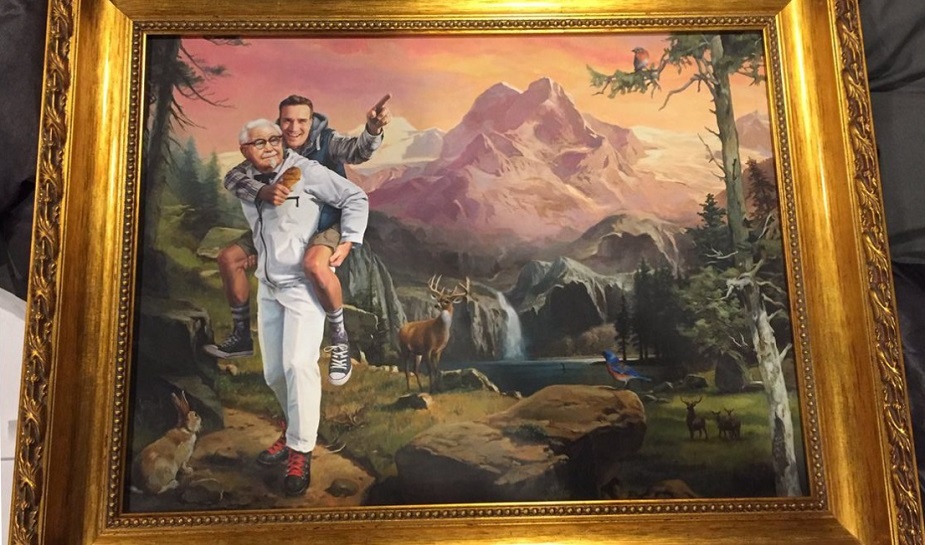 The unexpected stunt has garnered a huge amount of online buzz, discussion and debate so far. The image of the painting, tweeted by Edgette, became Reddit’s top post and drew over 3,000 comments. At the centre of this was a great deal of controversy.

Edgette’s professional role as a social media manager for a PR firm in South Dakota cast suspicion on the legitimacy of his ‘discovery’ while other users were quick to point out that another Twitter user had actually made the same ‘herbs and spices’ observation several days prior to Edgette.

But regardless of the origins of the discovery, KFC’s light-hearted and personal responses to Twitter users ensured that the buzz remained largely positive, with the very simple targeted following strategy ultimately paying plenty of ‘owned media’ dividends to the fast-food chain.

It also speaks volumes for the difference that effectively engaging the right micro-influencer can make. While Mike Edgette’s following may have been very small, it only takes one tweet or comment being read and shared by the right person to catch fire.

And it proves that when people love an experience, they love to talk about it. A strategic approach to digital and social media is essential to creating buzz and adding value to fans, and driving all-important positive word of mouth.