The internet loves cat videos…perhaps a little too much. In 2015 there were 2 million cat videos on YouTube with upwards of 25 billion views and these figures are probably even bigger today. There is no doubt about it – as a nation we love to watch videos of our feline friends.

But if you’re not a pet care or other feline-related brand, how can you capitalise on this internet sensation?

For KFC the answer was simple; to create a giant Colonel Sanders shaped toy tower and film a group of cats using it live. The Colonel Cat Climber was given some additional fun mechanical features such as a moving mouth, laser beams for eyes and eyebrows that moved up and down. 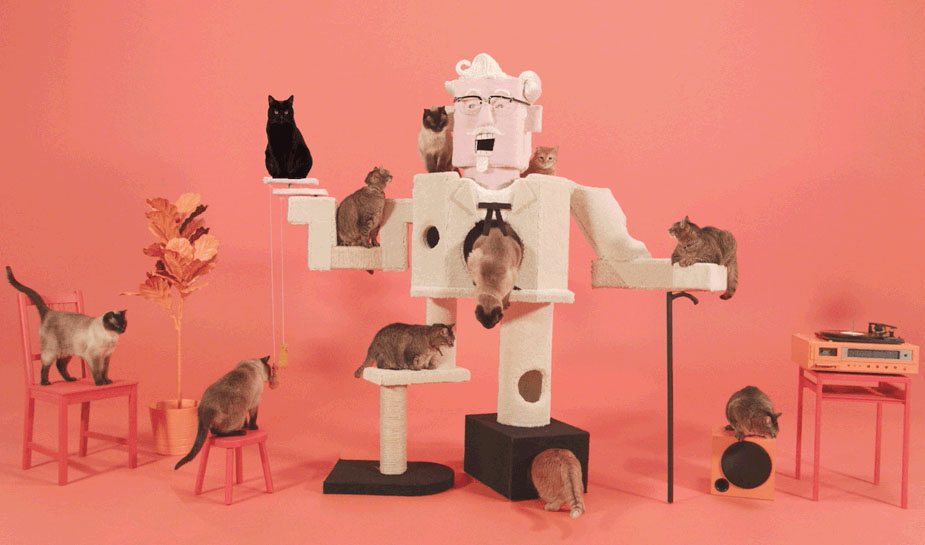 Filmed against a bright pink background and accompanied by a psychedelic soundtrack, the four-hour livestream features lasers, a spinning cane, a man dressed like a cat, and of course, fried chicken shaped toys.

Climbing all over the Colonel tower, chasing the lasers and playing with the fried chicken toys, the cats looked like they had a highly-enjoyable time. 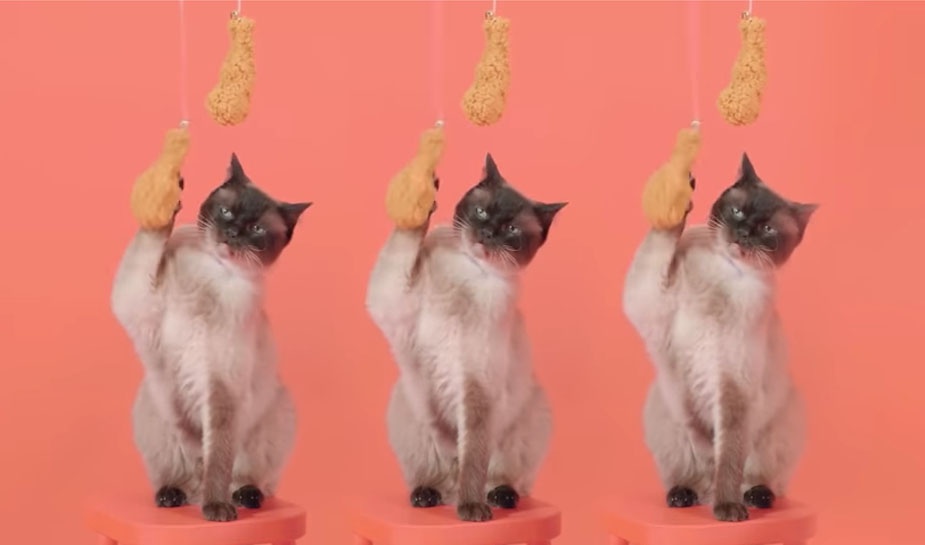 KFC jokingly insisted in the video description that ‘This is NOT a shameless attempt to sell fried chicken by wooing the internet with cute kittens.’ Though this is exactly what it did. There was an overall appreciation for the weird and wonderful campaign which helped to build brand love.

The video, which was also edited down to a shorter two-minute clip, was streamed live over a variety of social platforms including YouTube and Facebook. Narrated by Ron Lynch, a voice actor from popular cartoon Bob’s Burgers, it attracted over 700,000 people who watched it live and a further 400,000 who tuned in afterwards.

During the video, Lynch offers an honest explanation to the bizarre and seemingly random combination of cats and fried chicken. Talking about KFC’s marketing campaigns, he says: “the whole thing has been going on for a while and we’re running out of ideas.”

Highly shareable and entertaining, the campaign got viewers involved by using various methods of engagement on social platforms; from sharing cat related facts to encouraging the use of emoji reaction votes to determine what happened next. 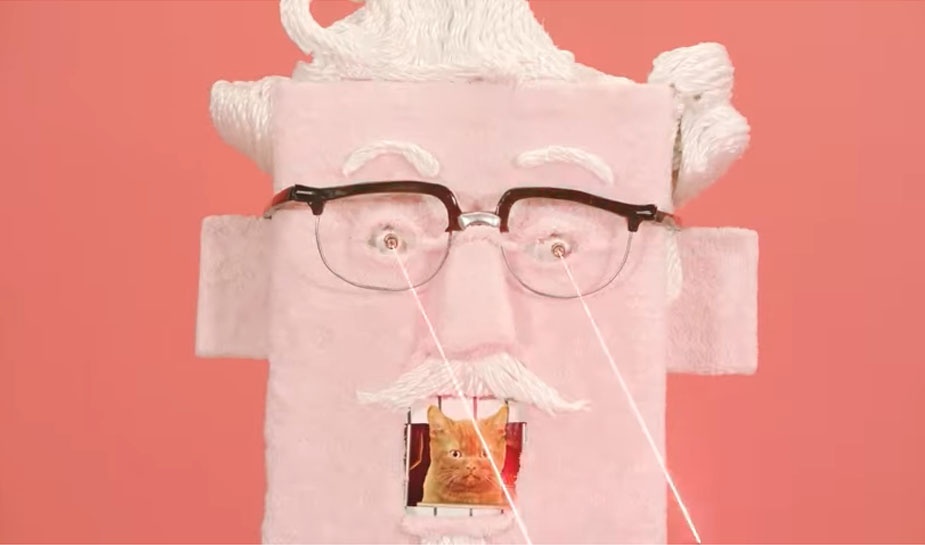 The caption promised there would be a new pet added to the room every time someone shared the video. Fortunately, they capped the number of cats at around a dozen, as the video received over 5,200 shares.

Adding a nice altruistic element, viewers were also encouraged to adopt a four-legged friend from the Heaven on Earth Society of Animals shelter, who provided the cats in the video.

KFC is building up a name for itself in the world of weird and wonderful campaigns, with both understated and outrageous marketing stunts including following only 11 people: five Spice Girls and six guys named Herb on Twitter and Colonel Sanders appearing on General Hospital.

This isn’t the first time a brand has added a digital video experience to amplify the reach of a campaign. The Hiroshima Tourism Division also tuned in to our obsession with our feline friends and created a Cat Street View as away for potential visitors to explore the city of Onomichi.