There are many fashion choices that have divided opinions over the years.

Ugg boots, bum bags, platform trainers and, of course, Crocs, are just a few that have raised eyebrows. But one accessory that’s reared its (what some call) ugly head time and time again is the bucket hat.

Originally designed as protection from the rain for farmers and fishermen in Ireland in the early 1900s, the ‘60s saw the bucket hat transformed into a fashionable item, made using different fabrics to the traditional cotton or tweed.

Skip forward to the ‘80s and the bucket hat was commonly seen on the hip hop scene, in the ‘90s on the heads of ravers and then once again as a summer essential in the 2010s.

And just when you thought the dreaded hat had been forgotten once again, it has now returned in full force, but this time in an unexpected way: fast food giant KFC has launched the KFC Fried Chicken Bucket Hat, which doubles up as a container for finger lickin’ good KFC orders when not perched atop the heads of wannabee fashionistas. 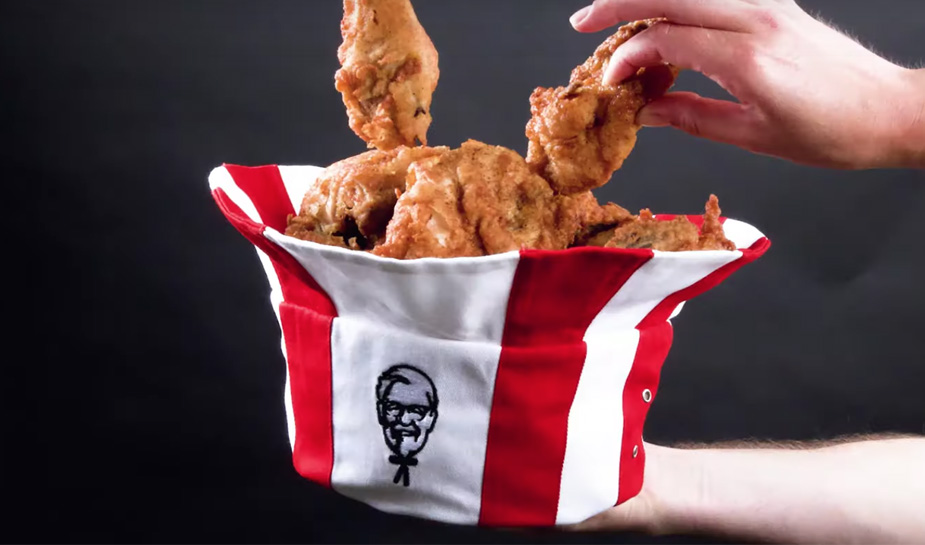 Talking about the surprising move, KFC said: “Originally an 80s trend piece, the bucket hat made a comeback in the 90s and having made the product life cycle once more, it has revived as this year’s essential street-wear summer accessory. The design repeats the look of the KFC iconic bucket, with its red and white stripes, complemented with KFC and Mam Cupy logos.”

The fried chicken brand released the branded hats in collaboration with popular Russian clothing brand Mam Cupy to celebrate the new packaging design being rolled out across Russia.

For 1800 rubles, or just under £23, superfans could order a hat from the online shop. Bringing the resemblance even closer to the iconic buckets, the brand placed the embroidered logo of Colonel Sanders upside down on the hat. Of course.

The campaign included an edgy photoshoot and video reminiscent of a serious fashion campaign, to encourage shoppers to part with their hard earned cash for one of the outlandish hats. Securing the branded hats’ place as a must-have fashion piece, it was featured in a music video by popular Russian artists, RSAC and Ella. 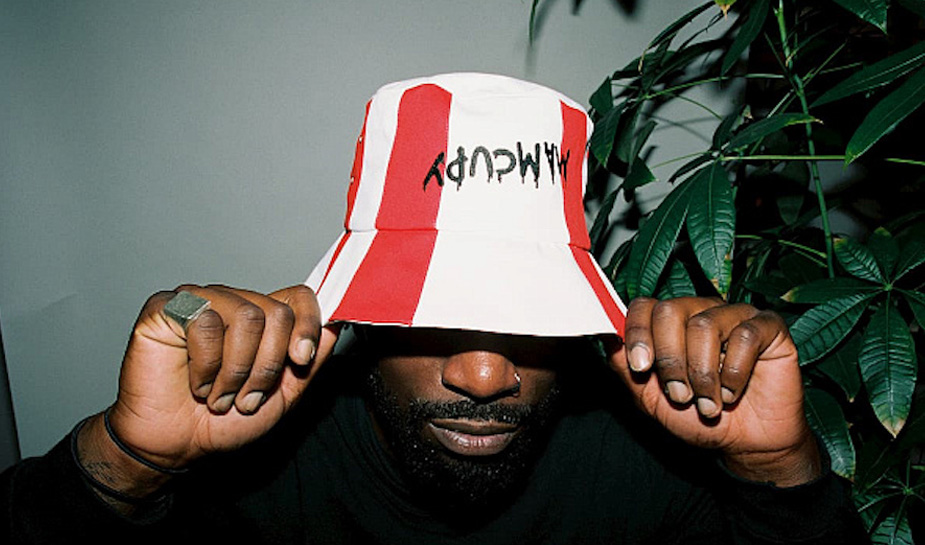 This isn’t the first time that Fried Chicken juggernaut KFC has come up with a bizarre product or embraced an unusual trend to boost its sales. Fried chicken-scented fire logs brought the delicious smell of KFC into fans’ homes, while the beloved brand’s bowl cut campaign encouraged fans to take on the retro hairstyle.