Working with social media influencers can be a recipe for success if the right person is chosen. And trust here is key.

In 2018 we saw some influencers come under fire for misleading fans, using natural disasters to promote themselves and failing to fulfill advertising contracts. They are only human after all.

To mitigate any risk and remove the stress of choosing the right influencer for the job, KFC created every brand’s dream-come-true in the form of a virtual Hipster-Colonel-Sanders.

With silver hair, well-manicured beard and chiseled abs, the CGI Colonel was designed to wow followers and create a buzz on social media. 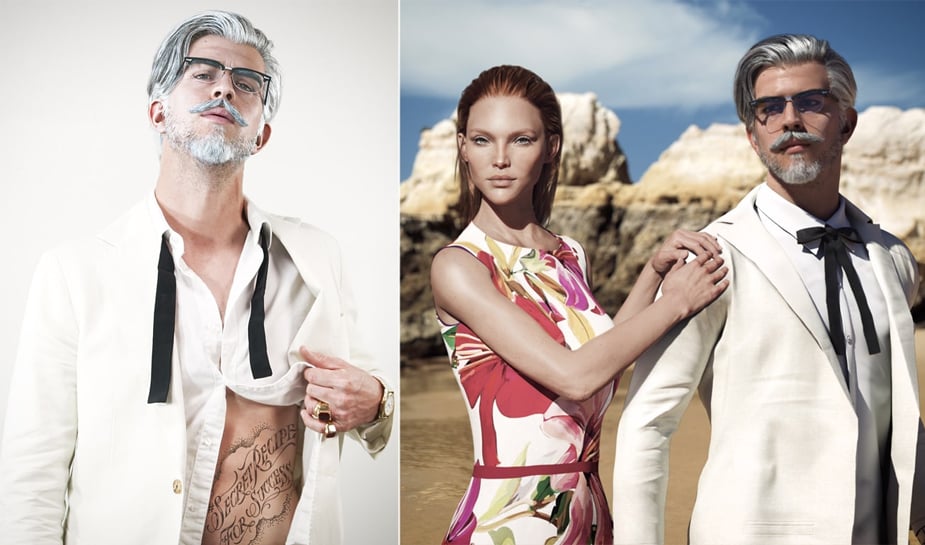 The virtual influencer took over the KFC Instagram account, posting satirical captions on photos which showed the ridiculously good-looking man living his best life; eating fresh vegetables, riding a horse through a sunlit meadow and posing in the desert.

In addition to the 1.4million people who follow the KFC page, the famous chicken chain increased its reach by tapping into the following of other brands.

Stylishly dressed in the iconic colonel clothes, the handsome digital version won’t just endorse KFC on his channels; Dr. Pepper, TurboTax and Old Spice are among the brands showcased on his Instagram – the first to enjoy the benefits of a faultlessly cool influencer.

Each post bore the hashtag #SecretRecipeForSuccess; a nod to KFC’s famous blend of herbs and spices.

Dropped by to see the team. Teams are so important. Having all the right people together is everything. I put so much work into getting the right people for the team. Always be on the lookout for great talent and great additions to your team. Having a great team is a big part of my #secretrecipeforsuccess. #team #teammembers #surprise #friedchicken #advice #success #entrepreneur #behindthecurtain #keys #respect #inspiration #positive #positivethoughts #artistatwork

#ad On the eagle aka the big chicken aka my private jet. Just finished my taxes... And got a refund! Thanks to @turbotax 🙌 Tax day is coming up, so you better get on yours too. I used TurboTax Live and so should you. Real CPAs and EAs help you with your taxes from basically anywhere. From the comfort of your couch or if you’re waiting for a private jet. Lol. They’ve got tax experts ready to answer all your tax questions. That got me and my media guy Brian thinking that we should do an AMA ‘cause I’ve got all this time on my hands now thanks to TurboTax Live. My AMA will kinda be like how TurboTax Live answered my questions about my taxes. But I can’t help you with taxes. I can just answer important questions about chicken and life. Being willing to take good advice from experts is part of the #secretrecipeforsuccess. #adultingwins #taxday #heresyourchance #ama #secretrecipeforsuccess #turbotax #taxes #friedchicken #friedchickentattoo #advice #success #entrepreneur #behindthecurtain #keys #jetlife #thebigchicken #respect #inspiration #positive #positivethoughts #artistatwork #brian #guru #worktravel #workfromanywhere #influencerlife

At Joshua Tree and feeling so spiritually awake. Being out here really has me connected with not only nature but myself. I find myself looking inside to see what’s really important. How can I be a better Colonel to not only the whole world but myself? That’s something we all should be doing—finding ways to spiritually connect with ourselves. Especially by making pilgrimages to beautiful places that put us in touch with ourselves. I encourage all of my fried chicken fam to take some time to really do this, ’cause getting spiritually in touch with your true self in a beautiful place is a big part of my #secretrecipeforsuccess. #itsallformyfans #humble #blessed #friedchicken #advice #success #entrepreneur #behindthecurtain #keys #respect #inspiration #positive #positivethoughts #artistatwork #workhardplayhard #inspired #meetandgreet #fanlove

The colonel didn’t stop at brands when it came to partnerships. Teaming up with influencer Lexi Hensler, Sanders posted a photo of him and the Instagram model in the desert, with a tongue-in-cheek caption mimicking the tone of her usual posts.

The parody campaign embraced the world of social influencers right down to the bio, which was humorously written to capture the style which many influencers adopt.

His fun-loving and quirky personality was further developed through Instagram stories using the popular tool ‘Ask me a question’, allowing fans to get to know the new face of their favourite fast-food brand.

The interactive campaign allowed fans to build a strong relationship with the brand and encouraged brand love by creating a personal connection.

The Colonel is a strong part of the brand’s identity and has been at the heart of previous campaigns like the Colonel Strongman Challenge and the outlandish Colonel Cat Climber.

From the moment I discovered you could earn a living from your imagination, I was hooked. Collaborative, commercial and utterly obsessed with creativity, it’s my mission to ensure we deliver first class service and game-changing ideas each and every time we work with our clients.
Graham is the UK CEO at Because
FIND ME ON: 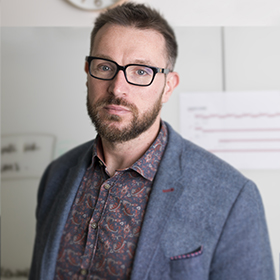