1 in 9 women in Ireland will be diagnosed with breast cancer during their lifetime.

However, there’s a good chance of recovery if detected early – with survival rates on the rise in Ireland.

October is Breast Cancer Awareness Month; a worldwide health campaign that highlights the importance of early discovery and encouraging both women and men to check themselves regularly and thoroughly.

The month carries a lot of significance throughout the globe, with charity organisations hosting various events and activities. One of the supporting charities is the Irish-based Marie Keating Foundation, named after the mother of its founder Ronan Keating who passed away from breast cancer 20 years ago.

As part of its ‘Take Notice’ campaign, the cancer charity delivered a poignant, thought-provoking and surprising experiential stunt to highlight the importance of early detection.

Commandeering the most-touched pair of breasts in Ireland – those of the world-famous statue of Molly Malone – the charity and added a subtle alteration. A lump. 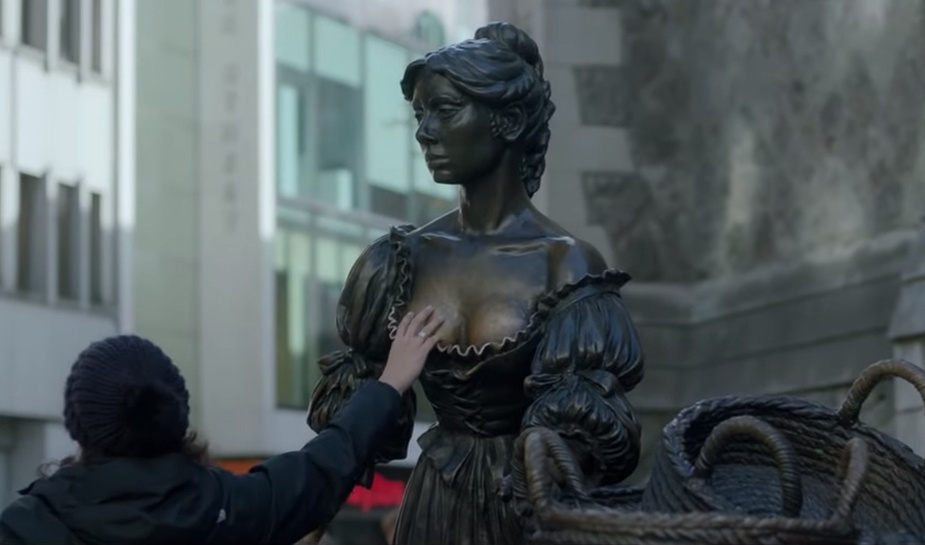 The question that the Marie Keating Foundation posed was simple: if one of the most groped and photographed breasts in Ireland suddenly developed a lump, would anyone notice?

The answer was, quite simply, no.

As usual, tourists flocked to the statue to pose for photographs and cop a feel of the famous boobs. But not a single person commented on the subtle lump, even when specifically asked if they noticed anything unusual. 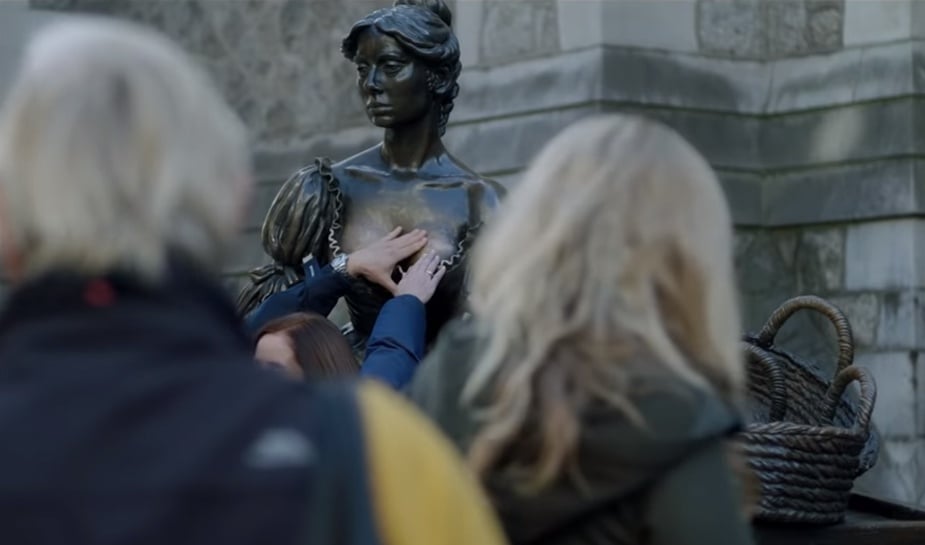 The lack of attention amplified the message of the campaign: if a lump on the most well-recognised breasts in Ireland, touched so regularly that the bronze hue has begun to fade, goes unnoticed, then women need to be extra vigilant when it comes to carrying out their own checks.

Liz Yeates, CEO of the Marie Keating Foundation and breast cancer survivor says: “Early detection saves lives. It’s that simple. This year we are marking 20 years fighting cancer following the passing of Marie Keating, another proud Dublin woman … if Marie had been more aware of what to look out for and gone to her doctor sooner she would most likely still be alive today.”

The story has been widely shared by the media, whose interest was piqued not just by the involvement of the beloved statue, but also by a soulful rendition of the unofficial Molly Malone anthem of Dublin on the campaign’s video, sung by Irish singer Imelda May.

But this isn’t the first time cancer awareness has been catapulted into the spotlight through a strategic experiential marketing campaign. Havas created an experiential boob room to remind people to check themselves, while CANSA shocked beach goers with their Car Melanomas.