Hollywood well and truly felt the force at the premiere of Solo: A Star Wars Story, as one of the most iconic sights in cinematic history crash-landed in the heart of LA.

Star Wars fans across the globe have spent years anxiously awaiting the big-screen reveal of Han Solo’s backstory. Because, let’s face it, who doesn’t want to know how Han’s improbable friendship with Chewbacca first begun?

But how can a studio possibly live up to such high levels of hype and fan speculation? 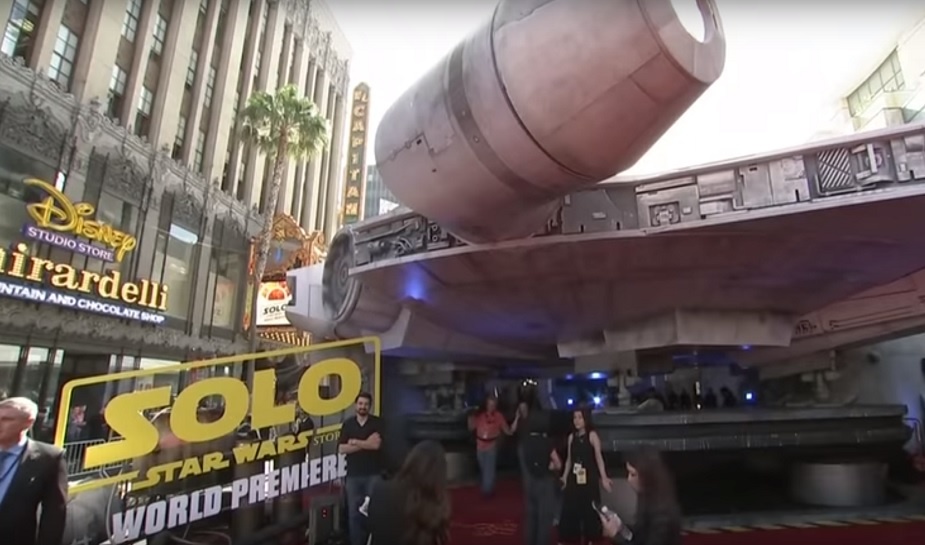 Die-hard fans that had flocked to Hollywood Boulevard for the hotly-anticipated launch – many of whom camped out in readiness – were delighted to be greeted by an incredible sight upon their arrival.

A vast reconstruction of the famous ship served as one incredible centrepiece for the red carpet gathering. And in doing so, its colossal scale led to one of the world’s most famous streets being completely shut down between Orange and Highland, generating huge media interest in the process as LA traffic became even more gridlocked than usual. 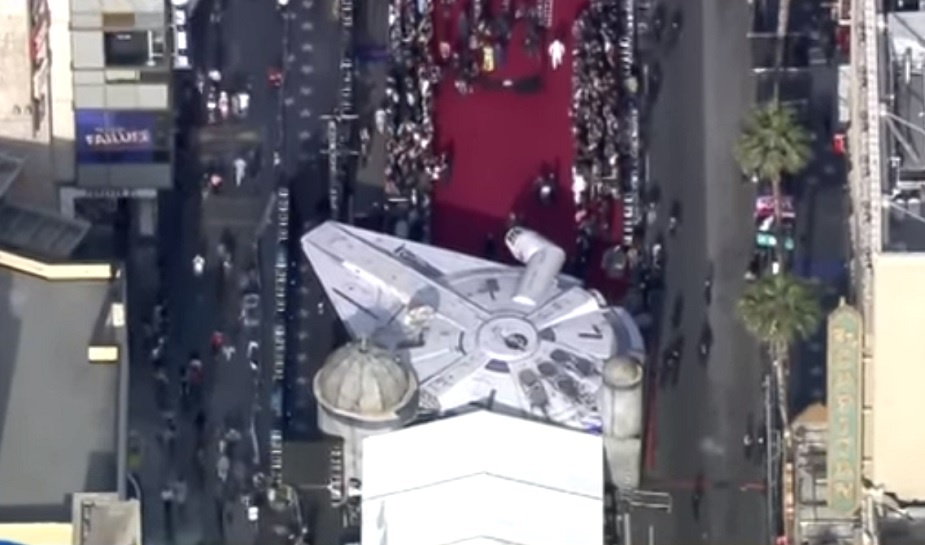 Of course, the Falcon’s appearance was far from a surprise. The construction time involved in its huge size coupled with its outdoor location guaranteed plenty of social media spoilers prior to the big night itself.

Still, the awe-inspiring sight of the Millennium Falcon towering above the festivities provided the perfect backdrop to a scene in which the franchise’s stars from both the past and present – including Alden Ehrenreich, taking on the Han Solo role made world-famous by Harrison Ford – walked the red carpet alongside an army of Stormtroopers. 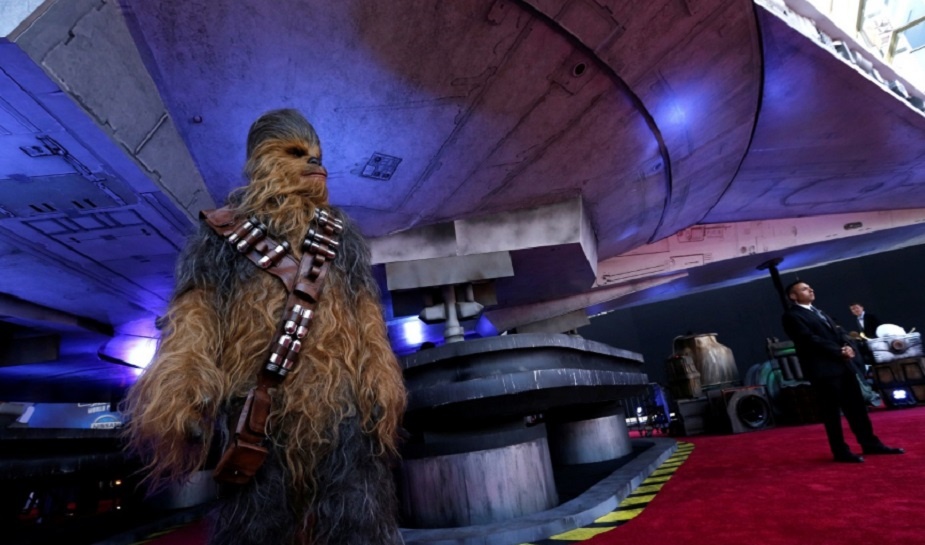 And it was only fitting, given that Solo’s premiere was such a big deal that the movie played in not one, not two, but three theatres simultaneously – El Capitan, Grauman’s Chinese and the Dolby – much to the delight of the many costumed Star Wars obsessives that turned out for the colossal event ahead of the film’s official Memorial Day opening weekend.

The impressive spectacle was the latest in a long line of memorable brand experiences that have extended the Star Wars brand in unexpected and magical ways.

Meanwhile, Romanian supermarket Carrefour allowed its customers to tap into their childhood dreams and shop like a Jedi through the clever pairing of Kinect technology and an interactive screen.

And the mega-movie-franchise even made waiting at a bus stop an experience worth reminiscing about, with specially-designed billboards in Berlin in collaboration with LEGO.