It’s been common knowledge for some time now that Disney Research has been actively looking to find ways to better blend VR with the real world.

And it appears that all the hard work is soon set to pay off in a very, very big way.

The entertainment giant has made a huge statement to the world with the unveiling of an incredible new prototype jacket – one that looks set to transform how we will interact with virtual reality technology in the future.

Working in close partnership with researchers from MIT and Carnegie Mellon University, the company has just revealed the first glimpse of what it’s calling the ‘Force Jacket’ or – to put it in very simple terms – a “pneumatically-actuated jacket for embodied haptic experiences.” Try saying that five times. 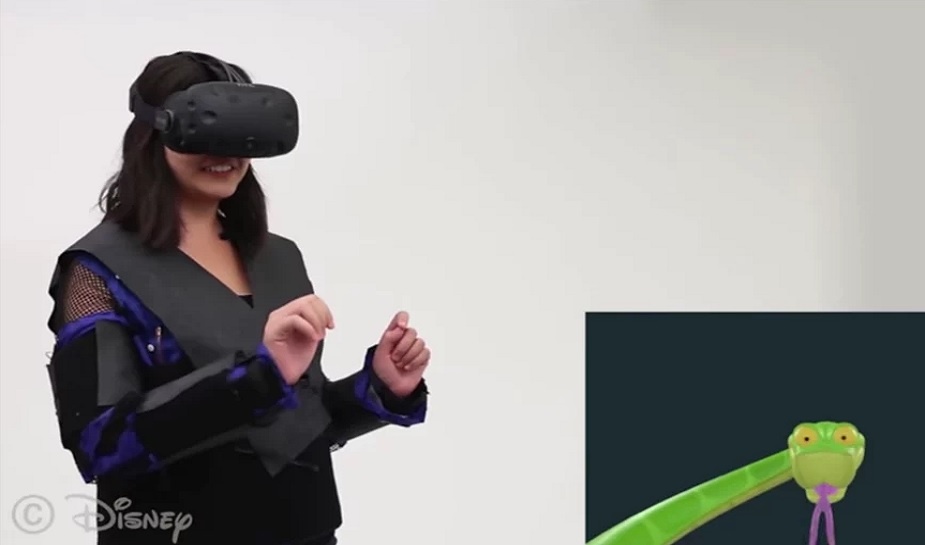 VR has gained huge widespread acceptance for its ability to transport users to incredible places and moments in time, and Disney Pixar has already tapped into it to create anticipation and interactive for its Oscar-winning movie COCO. But the immersive technology’s biggest limitation, to date, has been its ability to convey physical contact to users. The Force Jacket is aiming to change this.

The new wearable jacket – still very much in its infancy right now – is looking to provide users with a way of experiencing physical sensations while interacting with VR games. 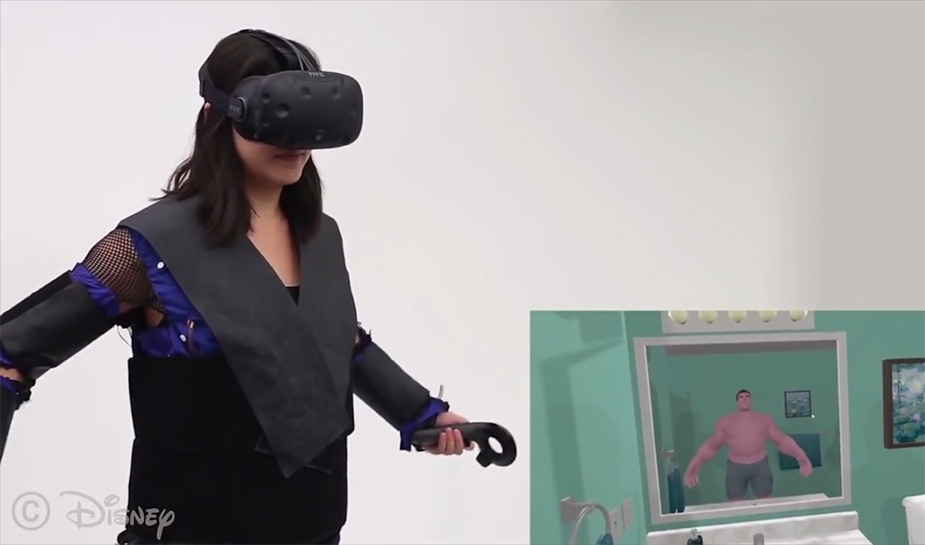 The incredible new prototype looks to successfully replicate real-life feelings such as getting hugged, the impact of a snowball in a snowball fight, and the pressure of a friendly snake crawling across a users’ body.

The haptic, wearable system works by providing precisely-directed force and high-frequency vibrations against the wearer’s upper body in correspondence with visual media. 26 integrated inflatable compartments – or airbags – interact with sensors that simulate motion across the body in the form of vibrations.

Commenting on the new project, Disney’s researchers wrote: “As VR and AR applications expand to full-body, spatial experiences, tactile sensation must expand with them. Even in the real world, very few experiences are conveyed by vibration alone … beyond our prototype applications, the jacket also has a strong potential for remote communication applications, like a hug delivered from afar.”

Fans of hit book and movie Ready Player One­ will, of course, already be very familiar with the concept of haptic feedback and its ability to blend VR and AR so seamlessly with the real world. But this is not fiction: Disney’s research is very much a reality on the entertainment horizon, and it’s an extremely exciting prospect.

Of course, it’s still very early days, but it’s yet another big step forward for both VR and AR as more and more brands – from Pepsi and Google to IKEA and Zara – look to delight fans in new and inventive ways through the use of immersive tech.