As 2019 comes to an end, there is one word many Brits are tired of hearing: Brexit.

Ahead of the recent UK general election, Britain’s potential departure from the EU, has been a hotly contested battle ground for the region’s political parties.

Will Britain leave under the Conservative government, or will it now stay if another party comes into power? Who knows!

As there’s so much uncertainty around Brexit and what this will mean for British businesses, many have chosen not to speak out about Brexit.

But not Burger King. Burger King wasn’t going to pass up an opportunity to put its head above the political parapet and poke fun at Brexit campaigners. 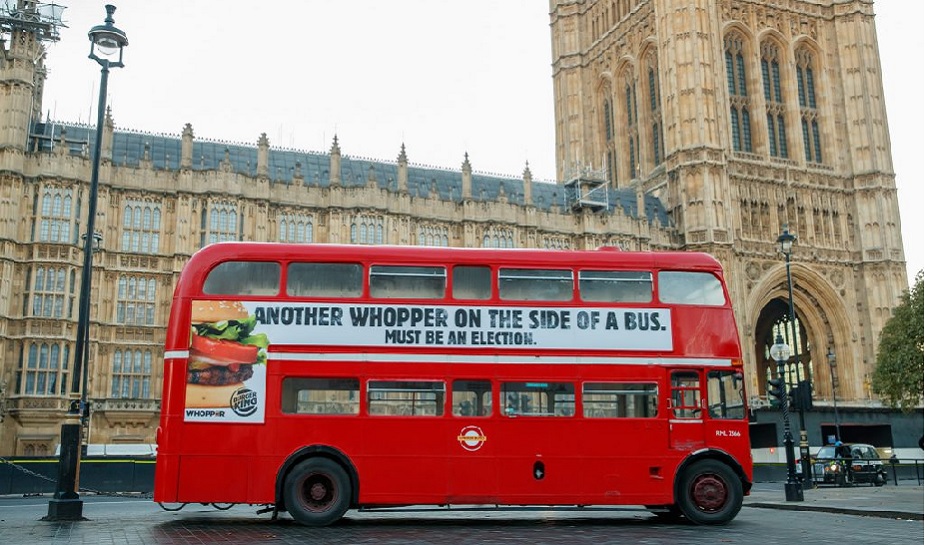 The fast-food brand parked its own traditional London bus outside Westminster in the run up to the election. Featuring an image of the brand’s trademark burger, the side cheekily read “Another Whopper on the side of a bus. Must be an election.”

Giving the perfect opportunity to serve up some political banter, the signature Whopper happens to share a double meaning with the shorthand of something else often associated with politics: a lie.

Parking was a nightmare this morning pic.twitter.com/f0CABkHniK

The bus mimicked the infamous Vote Leave campaign bus from the 2016 referendum which displayed a message that claimed £350m of EU funding could be redirected to the NHS.

That figure has since been exposed, with UK Statistics Authority chairman, Sir David Nosgrove, calling it a “clear misuse” of official figures. Consequently, being debunked as a whopper, porky pie, or a big fat fib.

A Burger King spokesman said: “As the Home of the Whopper, we felt that if anyone has the right to stick whoppers on the side of a bus, it’s us. So naturally, we’ve taken the opportunity to shine a light on our iconic Whopper in all its flame-grilled glory.” 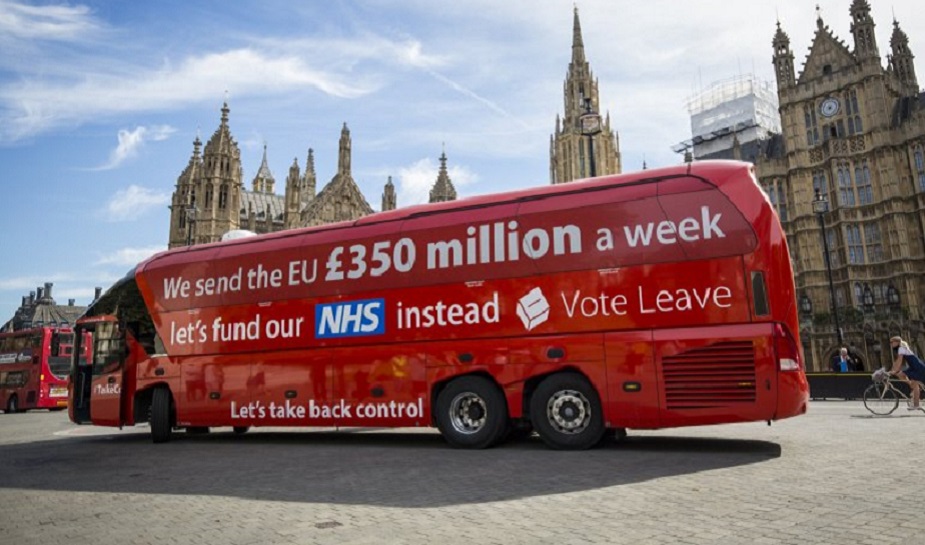 Delighting social media users, many shared a lot of brand love and got involved in light-hearted social media banter.

Burger King certainly isn’t afraid of raising its voice in political debate. Remember the blank whopper stunt which highlighted the importance of voting in Brazil and its flamingly-frustrating net neutrality prank in the U.S.?

A business leader with 20 years’ experience managing agencies in both the UK and the US. With a balance of client and agency experience, I bring objectivity and a global perspective to integrated campaigns and international platforms for brands across multiple categories and markets. My approach is to bring strong principles of creativity to the business, underpinned with commercial effectiveness.