Does underwear make for a good Christmas gift?

Some will say yes, if you buy the right kind, and others, will give a resounding no.

From bright prints on the high street, to the silky luxe and designer, the underwear market offers endless options at Christmas. So how do you decide what brand to choose?

To make sure it stands out from the crowd, Bonds Australia, debuted its holiday campaign featuring a real-life LGBTQ+ couple and received very mixed reviews.

Posted to Instagram, the ad featured genuine couple Steve Fernando and Nicolas Rive sitting on a kitchen counter, embracing in a kiss while topless in the brand’s briefs. To capture the love and spirit of the season, the caption read, ‘It’s the little moments that make the Christmas season so special.’

Many fans praised the brand for promoting that “love is love” and championing diversity, showering the post with heart eye emojis and positive feedback. One person said: “Good on Bonds for this! I’m going to buy some undies to support them for including two fellas in their Christmas campaign.”

However, other people were not so kind and argued that the images were ‘unnecessary’, ‘inappropriate’ and ‘disgusting’.

One user asked, “Why do they need to be so sexual?”, while others reminded him that it is a common notion for two people to kiss in an underwear advert.

While the brand received some negative comments, it built brand love with others. It certainly got people talking and increased the brand’s visibility on social media during a typically crowded time of year. 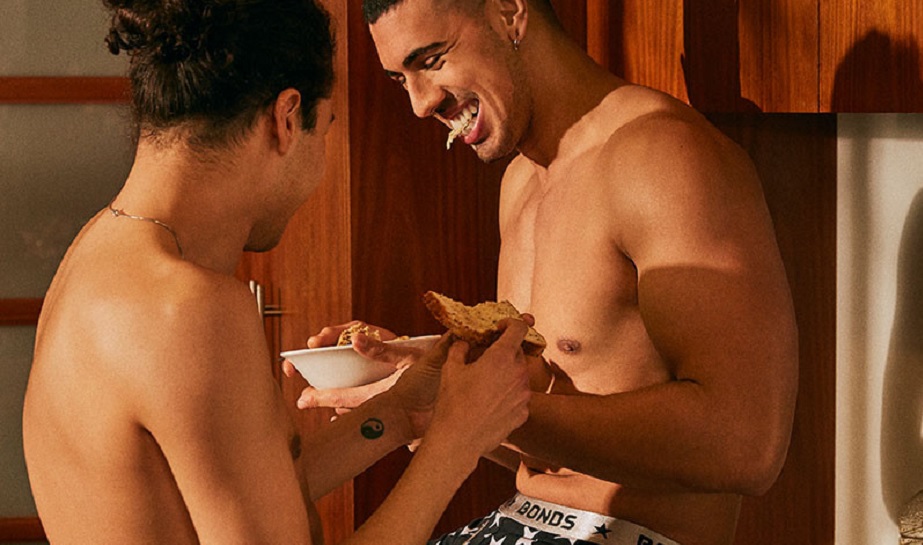 The advert is also well aligned with the brand’s mission to represent diversity to its audience from using models from all demographics.

Bonds head of marketing, Kelly McBride said: “It felt natural that our finale to the year would be a celebration of the deep and meaningful bonds that make the festive season so special.”

Despite anti-LGBT threats to unfollow the clothing account, the positive comments outweighed the bad. The Australian Advertising Standards confirmed that less than five official complaints were made.