It’s estimated that as many as 1 million marine animals are killed every year as a result of plastic waste reaching our waterways. With a plastic bottle taking an average of 450 years to decompose, it’s no surprise they’re having such a huge impact on wildlife.

At Because, we’re fortunate to work with some incredible clients who are actively making a difference to reverse the impact of our disposable lifestyles. Sydney Water have been at the forefront of waste reduction for many years by encouraging consumers to use a refillable water bottle as opposed to a single-use plastic bottle, to be mindful of water consumption and to take part in clean ups across Sydney.

Inspired by their great work, we were keen to get involved in Sydney Water’s most recent Beat the Bottle river clean up event at Hurlestone Park, Sydney. 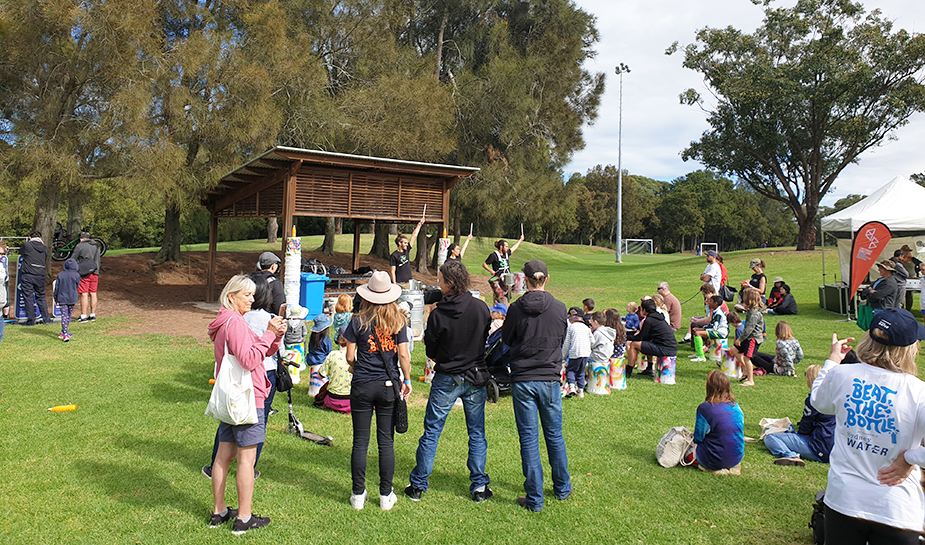 We arrived at the event with a spring in our step ready to do our bit for the community. After grabbing our gloves and recycling bags, we were welcomed by Ruby Miles from local radio station, FBi Radio. Ruby took us through how the clean up process works, explaining that we should pick up any plastic – no matter how small – and fill our bag as much as possible before heading back to base to have the waste sorted and weighed.

She then introduced a local member of the community who gifted us with a mesmerising didgeridoo performance. We were then divided into sorting groups and taken to a small marquee positioned alongside the river. Here, Sydney Water ambassadors educated us on the fantastic work they’re doing to filter large plastics out of Sydney’s waterways. However, this system can only capture a small percentage of the waste that enters the river – and that’s where our efforts come into play. 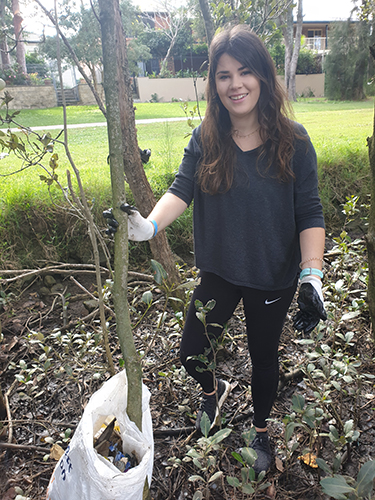 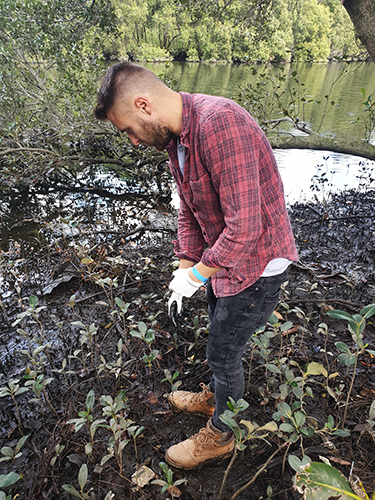 After a quick health and safety briefing, we were taken to our designated area along the river to start our collection. We were shocked at the sheer quantity of plastic waste that had amalgamated on the riverside. The most common finding was plastic bottles, bottle tops, cigarette butts, small plastic kids’ toys, lolly wrappers and straws.

After an hour, we had a bag full of large and small plastics. We returned a little muddy, red faced and proud of our accomplishments. Back at the base, our waste was weighed by marine conservation organisation, Tangaroa Blue. Our waste was then added to the mass pile for sorting. 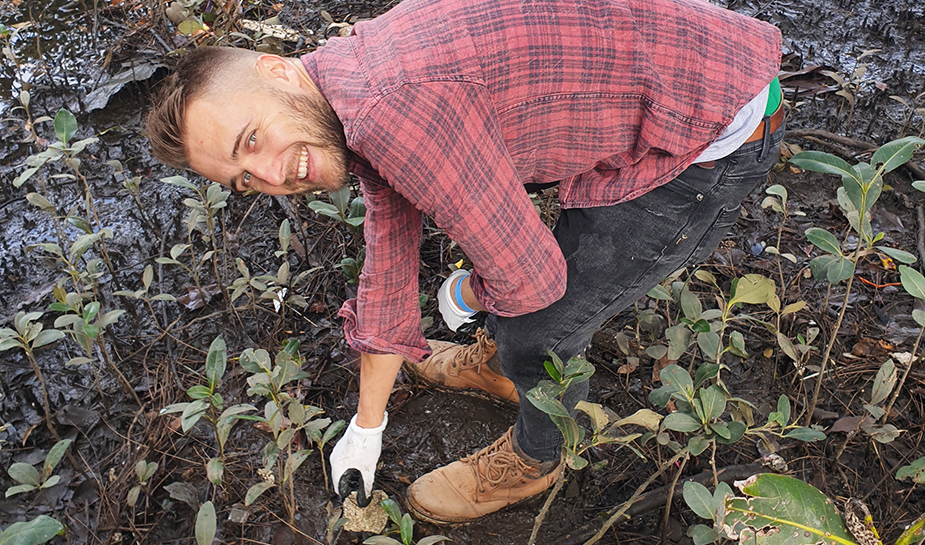 While we were waiting for the waste to be sorted, a vendor selling refillable flasks/cups caught our attention. We had a great chat with the gentleman who showed us a large bin of coffee cups and explained how he filled the bin in 20 minutes from collecting cups left on the streets of Surry Hills in Sydney. As we walked back over to the centre of the event space, we enjoyed a performance from R&B singer Alphamama and the sounds of Junkyard beats played on recycled drums.

Ruby then announced how much plastic waste the whole group had collected from the riverside: just under 200kg in total- an amazing achievement by the whole community.

Despite the positive energy from the experience, there was also an overwhelming feeling of sadness that on a day to day basis, we are polluting our waterways with plastic waste that is easily avoided. If we all make small changes in our behaviours, it will make a big difference when it comes to protecting the wildlife and environments we live in.

If you want to get involved in a local clean-up or learn more about the Beat the Bottle campaign, visit the Sydney Water website.

For more great inspiration, check out Sydney Water’s Bring it to Win it campaign where we helped drive behaviour change by incentivising fans to bring their refillable bottles to every game.

Ambitious, proactive and hard working client account director who is always hungry to learn and always looking to improve my skill set. Passionate about marketing and have great pleasure in creating unique experiences and working with an array of great clients. I've been working with Because for over 7 years now.