Known for his penchant for a dry martini, shaken not stirred, James Bond has been sipping the famous drink on our screens for over 58 years.

The suited and booted icon has been played by seven different actors in that time with the latest, Daniel Craig, having played the secret agent since 2006.

His final Bond film, No Time to Die, is due to hit screens this year, and to celebrate, Heineken launched a special ad starring the famous British actor navigating life after Bond.

Titled ‘Daniel Craig vs James Bond’, the advert playfully demonstrates the differences between Daniel Craig the man and James Bond, the character. 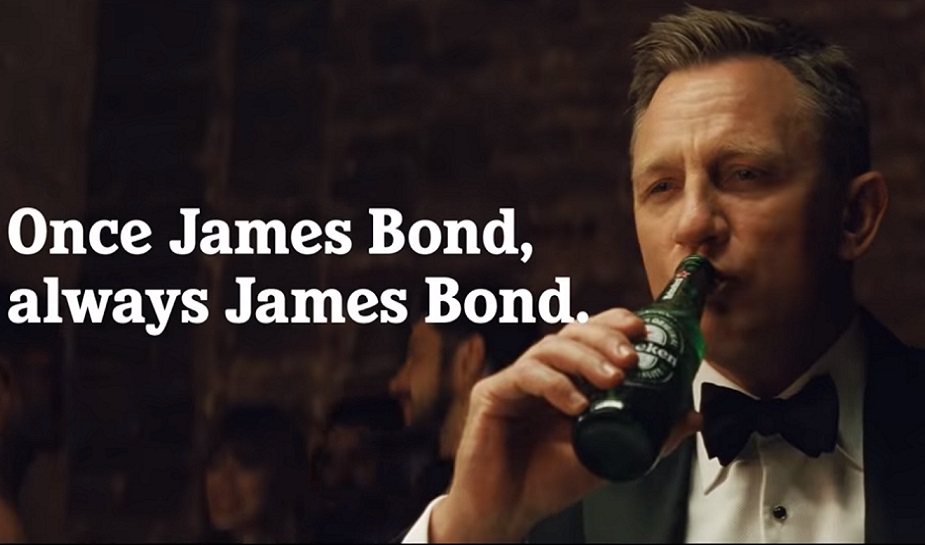 The narrative exhibits these distinct differences in a story that starts with Daniel taking a taxi, but when the driver sees it’s ‘James Bond’ she puts her foot on the gas. The result is a harried Daniel being thrown about the backseat and incidentally leaving his passport behind.

In his mission to find it, he gets caught up in numerous ‘Bond’ like situations where he is repeatedly, and mistakenly, confused for 007 by surprised locals.

The action-packed and entertaining advert pays a lovely tribute to the actor and suggests that he will always be James Bond in the eyes of fans around the world. The new TV ad will air in over 75 countries prior to the film’s April release, with a two-minute version available online.

Amplifying the brand’s sponsorship of the film, the clever ad will leave eager-eyed viewers looking for the branding during the film, which will also be supported by consumer promotions and limited-edition packaging.

James Bond has been depicted as a heavy drinker over the years, but this new advert linking the film franchise to a non-alcoholic beer, reflects the ongoing trend for low or no alcohol consumption. In 2016, 57 per cent of those worldwide aged 15 or over had not drunk alcohol in the previous 12 months.

Heineken is no stranger to working with celebs to promote its no and low alcohol offering., like the time it recruited The Office co-stars to hand-deliver samples to office workers. Speaking of sampling, check out the experiential sampling campaign Because created for the launch of Heineken 0.0.